A landmark on the 3.5 km Kurfüstendamm, Hotel Bristol Berlin has profoundly impressed the major city for over 65 years, uniquely representing its buoyant flux, glamor and development. The name Kempinski stands out like no other as both architect and mirror image of the German city’s fascinating, multifarious history. And still does today.

Berthold Kempinski was born on October 10, 1843 in Posen (a former Prussian province, now Poland). As early as 1862, the Kempinski family were successful wine merchants. In 1872, the family business expanded to Berlin where Berthold Kempinski opened a shop under his own name. Kempinski Wine Merchants of Berlin proved most promising and became the company’s principal location. Thus, the name Kempinski gained world-wide repute. Shortly thereafter, Kempinski expanded the business, building a restaurant with several dining halls. Ambitious and purposeful, in 1889 Kempinski followed his expansion plans by opening a restaurant in Leipziger Straße – the largest dining establishment in Berlin. Since Berthold and his wife Helena had no sons, they invited their son-in-law, Richard Unger, to join the family enterprise. An excellent decision, as Richard significantly contributed to the company’s on-going success and development.

Richard Unger was soon managing director, and Berthold left him the business under the condition that he keep the name Kempinski. Berthold Kempinski died on March 14, 1914 at 78 years of age. His death spared him the looming war that changed the world.

Before the outbreak of World War One, Richard Unger not only attended to the Kempinski gastronomic enterprise, he also established an enormous real estate company. During the war, he was inspired to manufacture and market his own products, creating the Kempinski trademark. The enterprise flourished, leading to the grand opening of Kempinski Restaurant and Delicatessen in 1918 at Kurfürstendamm 27, on the corner of Fasanenstraße. 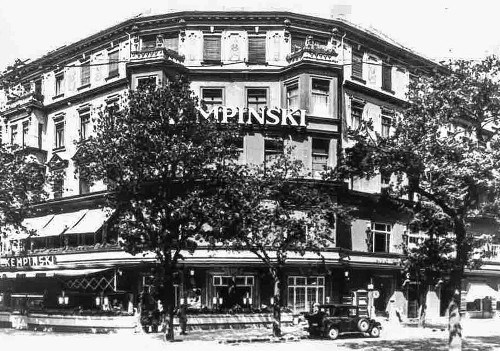 Huge success was followed by dark disenchantment. To escape World War II persecution, Richard Unger emigrated with his family to the United States. The National Socialists absorbed M. Kempinski & Co, merging it with the Aryan Aschinger AG. Shortly before the war ended, the restaurant at Kurfürstendamm 27 was completely destroyed by fire. Massive Berlin bombing flattened the remaining Kempinski properties.

Still, the name Kempinski survived. Dr. Friedrich Unger, son of Richard and grandson of Berthold, returned to Germany after the war. In 1951, he began construction of a hotel. The address was Kurfürstendamm 27 – precisely where the former Kempinski restaurant once stood. 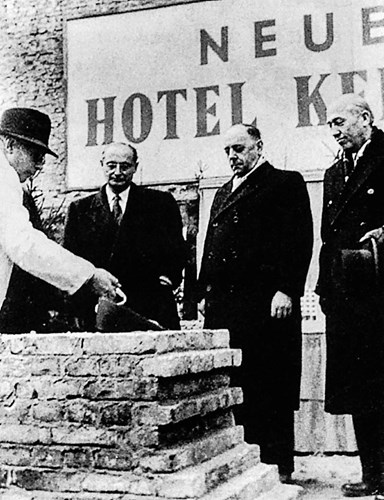 The hotel’s grand opening and successful launch could not have come at a better time. Although the divided city was still suffering from the war’s impact, Berliners set their sights on their city’s future and the imminent Wirtschaftswunder (economic miracle). A local Berlin newspaper’s headline proclaiming the Kempinski Hotel grand opening in 1952 captured the spirit of postwar Berlin:

"Kempinski is back: Berlin will rise again" 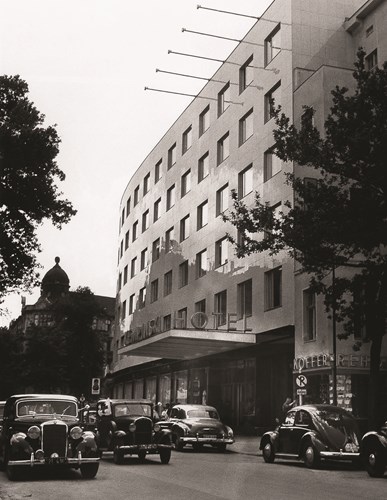 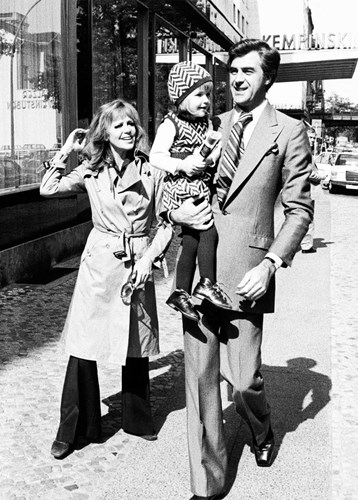 As of 1994, a bronze plaque at the hotel entrance commemorates the Kempinski family, “…whose family members fled or died after their renowned venue was forcefully taken by the Aryan paragraph in 1937 and sold under duress to Nazi Germany.”

Tradition commits us to a living future...

In December 2017, we not only commemorated the completion of lobby renovations and our new Bristol Café, we also celebrated our new name: Hotel Bristol Berlin. We welcome our future as a stand-alone hotel with top-quality service, growing organically from our roots.

Decades of profound experience in our field has taught us that there is something much more important than any comfort or technological innovation – it is the inner conviction living within every employee, from the hotel director to the youngest apprentice; the heart of hospitality is the passion to serve each guest impeccably.

All
Hotel
Rooms and Suites
Dining

We use cookies in accordance with our privacy policy for the purposes of (i) giving you the best browsing experience, (ii) collecting information on how you use our website, and (iii) providing you with services and offers tailored to your interests.  By continuing to use our website, you are accepting our use of cookies.